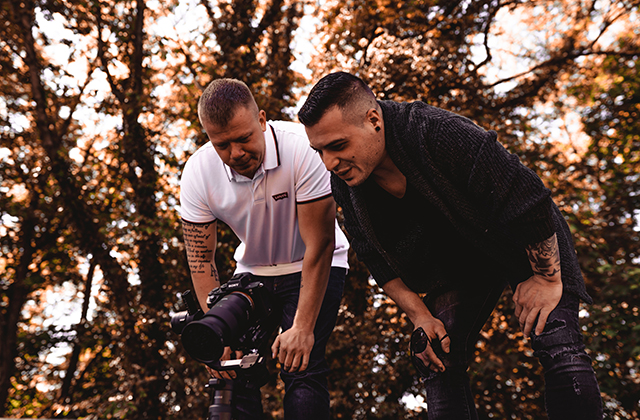 Color balance is the foundation of color correction, and it’s central to creating a neutral image. A cinematographer’s guide to color balance is not about how to make your footage look like a blockbuster movie, but rather about how to portray moods and emotions through color correction. Color correction is an art form that allows you to take control of the colors in your shot. This can be used for artistic reasons or for more practical reasons, such as correcting skin tones. In either case, you want to make sure your colors are balanced. Concept boards is also involves using color balance.

Color balance can also be used during grading, where you’ll want to push sections of the image in one direction or another through color grading. When you’re shooting, you won’t have time for color balancing, but you will want to adjust white balance settings on your camera to get the right temperature and tint before shooting. You’ll also want to set white balance correctly when editing so that the colors in your video match those in your original footage.

Color Balance may be the most important and yet, most misunderstood concept in cinematography. In this article we will explain what it is, when and how to adjust for color balance, and most importantly, how to maintain color balance throughout your entire production.

Description:Color is a key to the emotion of an image. It can convey a mood, create character development and set a tone for your story. Color can also be used to manipulate a viewer’s point of view as well as direct their focus.

Color isn’t about being pretty; it’s about telling a story.

Color is controlled by three main variables – intensity (ambient light), temperature (the actual color), and hue (the direction of the color). The last two variables are affected by the first one – intensity. Intensity is normally affected by the amount of light (controlled by lighting) or the time of day (controlled by time of day). Intensity can also be manipulated by adding gels to your lights or changing the color temperature on your camera’s white balance setting. It is also affected by filters on your lens as well as atmospheric conditions such as smoke, fog or haze.

Cinematography is an art and one of the most critical elements in capturing the beauty of a scene is color. It could be argued that color, more than any other visual element, evokes a visceral response from audiences as they are drawn into a story. Whether it’s warm or cool, saturated or muted, balanced or unbalanced, color can evoke a myriad of emotions from an audience. Understanding how to adjust and control color is an essential part of creating beautiful images.

The problem with color balance is that it cannot be completely understood or mastered in just one article, or even several articles for that matter. This article does not attempt to explain everything about color balance; it merely attempts to give you a better understanding about how it works and how you can use it to your advantage.

In film and television, color correction (often shortened to “color correction”) is the process of altering, or correcting, the balance of colors in a film, video or other recorded image using a variety of tools and techniques. Color correction is routinely used for aesthetic reasons in television programing, motion pictures, advertising photography, digital art, and still photography. Color can be used to convey moods (as in horror films) or psychological states (as in romance), as well as for more practical reasons such as masking color deficiencies in older black-and-white films. Color correction is also frequently used to reproduce color shades that were not captured correctly during the filming process due to technical limitations.