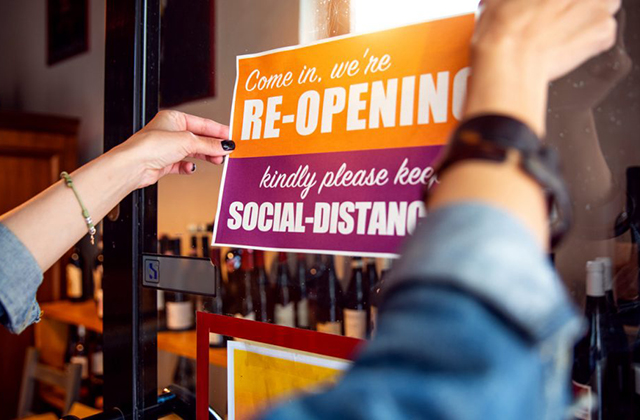 Best Sydney Signage systems are visually influenced information and fact systems, that contain signs, routes, symbols, color coding techniques, pictures, logos, and other distinctive elements. Signage systems are different from alternative solutions to information display, because they are typically used to direct people’s passage through the bricks-and-mortar world we all inhabit. The act of following a signage system is called wayfinding, signposting, or waysigning. Examples are the roadsigns along the highway, or the signage system that helps you get where you’re going in a large mall or international airport. Any collection of related signs are considered to be a signage system.

In a world of multilingual and multicultural travel, signs become increasingly more based on images as opposed to words. This is usually the situation in societies where there’s a low literacy rate.

Signage systems are used in both interior as well as exterior advertising. Just for exterior advertising, you will find more than 100 distinct advertising formats. The total outdoor advertising in 2008 for the United States alone was almost $7 billion in gross annual revenues. We are talking about a very very large industry. How can I possibly go over all formats? I can’t.

A few of the more established formats are detailed below. They are sign manufacturing formats that are prevalent for interior, exterior, industrial, private, signage systems, as well as one-offs, or customized signs. A few are clearly limited to exterior applications.

A billboard is a large outdoor advertising structure typically situated in very high traffic areas. They are meant to present your advertising to drivers more so than the normal public. The message is large and often times witty or humorous. Usually, an advertiser will not construct these signs, but rather rent them.

A banner sign is a flag or cloth displaying an image, company logo, slogan, or message. They’re generally fabricated for commercial use on a vinyl or plastic. In recent years they have expanded in size because of the increased availability and technology of ultra-wide format printing. A banner is usually seen as a non permanent sign.

A digital sign comes in many formats. They are usually an information sign that can be updated on a frequent basis. They are typically stand alone applications which are managed and changed with computer software. Network applications are available. This kind of sign isn’t a part of the sign manufacturing process unless it’s a component of a much larger system.

LED’s are often designed into the various kinds of lighted signage.

Aluminum is the most frequent material utilized for sign manufacturing of channel letters because it will not rust. This aluminum channel is the basis to the shape of the letter. The sides of the channel letter are also typically made from aluminum creating a container the shape of the letter. The letter container is usually painted and fitted for any lighting components. LED s, or neon gas tubes are usually the illumination source when lighted. A trim capped edge is installed on a translucent plastic face that’s been cut to the very same shape as the letter. This border gives the letter face a good finished appearance and also a means of fastening the face on the letter shaped container.

Built Up and Flat Lettering…

Manufacturing signs utilizing built up or flat lettering generally are a more affordable alternative. A built up letter usually is hollow inside, similar to channel lettering. It is produced utilizing a fabricated technique that simulates a very thick letter, and is constructed all from the same material. This gives it a solid, non hollow appearance. If it is made from stainless steel, it will look like a solid stainless steel letter. Flat letters can be manufactured in many different ways, and out of many different materials.

Probably the most common and affordable method is to waterjet cut the letters from the desired material. Some materials will need to be powder coated or painted, where many other materials such as brushed stainless, aluminum, or brass, or many of the various kinds of plastics will not need a secondary process. Because of the material expense to cut thick letters with a waterjet, a thin sheet of marine grade brushed metal is often glued to a polyurethane backing, and then waterjet cut.

Sign Manufacturing of neon lights, when processed properly, earn the “long life” award for lighted signs. They can be expected to continue many years, or even many decades. A great neon sign maker changes in time from a decent craftsman to a fantastic artist. Making the glass tubing requires so much custom work, that they would not be cost effective if they did not last for a very long time. The single greatest reason behind their longevity is the fact that they do not have a wire filament as does fluorescent tubes.

The gas, neon, glows bright red or reddish orange when lighted. In order to get a wide range of additional colors, the gas, argon, is combined with a drop of mercury. The droplet of mercury vaporizes. This mercury vapor emits an ultraviolet light which creates the various color options, depending on which ultraviolet sensitive phosphors have been coated on the interior of the tube. Helium is sometimes added to the argon gas for installations in frigid locations.

The continuous bent tubing won’t appear to be individual letters if it is totally lighted except the eye is fooled. Blockout paint is used to paint the regions of the tubing that needs to not glow. A person’s eye does not notice the blockout paint once the neon light is lit. To the untrained eye, it appears like distinct tubes.

Sign manufacturing involving wall signs are very “material-type” dependent. Will the sign be made of paper, plastic, wood, glass, stone, or metal? The sign manufacturing course of action is determined by the material type being used. Will the sign be screen printed, etched, sandblasted, engraved, or cut out? Will the letters of the sign be the positive image or the negative image? Will they be individually built-up letters? Will they be channel letters? Your options depend on the material used.

Wrap advertising is the sign manufacturing practice of totally or partially wrapping a car or truck in an advertisement, in effect resulting in a mobile billboard. In days gone by, the car or truck was painted, but nowadays we use vinyl lettering and/or large vinyl sheets. Vinyl instead of paint makes it a lot easier and less expensive to change or remove. Needless to say, large, flat areas are less difficult to wrap than small curved surfaces. Complete vehicle wraps require a lot of skill and expertise. Partial wraps are not nearly as challenging.

Murals are similar to vehicle wraps. The utilization of ultra-wide format printers have taken hand-painted murals of the last decade and brought them into the digital age. Hand-painted signage is a fading art in the commercial signage arena.

Signage in one form or another is centuries old. However, modern sign manufacturing incorporates many technologies and processes unavailable a hundred years ago. Improve the success of your business by taking advantage of the best signage formats, you can read more here.