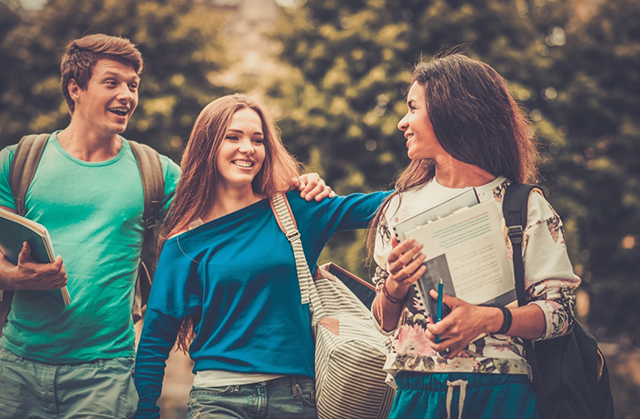 Take note community services courses is not a myth it is really existing in every colleges. When my daughter entered full-time college at age 13 we heard all types of warnings from people about how it was a shame that she would miss out on a “normal” childhood and wasn’t it a shame that she would not be allowed to just “be a kid.” The comments did make me think about the situation we were entering and I did sometimes wonder if there would be any damage done once she got older. However, I was convinced that what we were doing was the only option and so we moved forward.

To date, it has been eight years since my daughter entered college. She recently turned 21 and will complete her Master’s degree this Spring. I have since gone back to college for my third degree and have had the opportunity to talk to many people about the early college process. After all these years, I asked my daughter if she had it to do over again, would she? I asked if she felt as if she missed out on anything by not going to high school. Her answer: Yes, she would do it again without any hesitation. And, no she does not feel as if she missed out on a “normal” childhood. To her, she did have a normal childhood. What prompted me to write this article was that one of my co-workers who has worked in education for many years said “It’s a shame your daughter had to miss out on a normal childhood.” Years later, after my daughter and I had already determined that we had not only made a good decisions, but that we had made the BEST decision and would follow the exact same course again, I was still hearing the same warning, the same “its such a shame.”

One of the other accelerated kids was on TV recently and I heard a reporter say the same thing. “Yes, she has accomplished a lot, but you have to wonder. What about her childhood?” I just shake my head when I hear it now. I realized that the people who are usually saying it have never even met an accelerated child. They’ve never been exposed to that world at all… So, they really are irresponsibly giving their “expert” opinion on things that they know absolutely nothing about.

My daughter’s childhood was filled with after school activities. She was on the soccer team with kids her own age. They practiced three to four days a week. She was in dance class three to four days a week. She took art. She was in the band. She went to summer camp. All with kids her own age. She talked on the computer, had friends over and always had loads of kids over for birthday parties. She was a founding member of the Police Explorers in our town where she interacted with lots of kids every week and throughout the summer. She knocked on doors for Halloween and participated in Christmas parties. I would like to know what people think she was missing after all of those activities. She also lived on a college campus for two years, so she did not miss out on college life. What is it that other kids do, that my daughter was not doing?

Here is what she gained that, sadly, other kids are missing out on. She gained six years of freedom in life. She is now 21 and doesn’t have to sit in a classroom for half of her early twenties in order to finish her degree. She was never stuck sitting in a classroom from the early hours of morning to the afternoon. She sat in a classroom for three hours and then got to take a break, walk around campus, relax and get a snack …. on her own without teachers scolding her not to talk …. without a hall pass. She got to learn to make her own decisions and put her discipline into practice without a parent or teacher beating her over the head to do her work. It is, in my opinion, a great age to learn to be responsible for oneself. She also had the opportunity to gain the respect and respect people of all ages. Just as you and I do not meet and greet people by sharing our ages, neither did she. So she went through most of her college life without many people knowing her age. Of course, she would always tell them if they asked. But most of the time they didn’t. So she interacted just as any normal college student would.

After hearing about the great success my daughter has had, most doubters at this point will inevitably say “Well she was a special case then. Surely, she did not miss out on her childhood. But, other children who have entered college probably did not have the same experiences as your daughter.” Watch my eyes roll. We do know other children who have entered college around the age of 12 and 13. I assure you, they do not have three heads and their experiences are quite similar. Yes, there is the occasional child who did not have the wonderful experiences that my daughter and the others have had. I have seen a few children who have been damaged by being home schooled or accelerated, but they are very few and very far between.

Would I recommend early college for your child? I can only share that it was a great experience for us and I know of others who have had great experiences too. Only you know your child. It is, indeed, a huge leap for a 13 year old to interact with college aged students and professors. In my experience, only very mature kids should attempt it. There are a lot of mature kids out there. I’ve met many kids who I feel would do very well in the college environment. However, each kid is different and the most important thing in contemplating early college is that your child needs to be on board with the amount of dedication it takes to be a success in college. He or she needs to be willing to put in the long hours of studying and meet deadlines. He or she needs to be able to focus on a topic for a three hour period and be able to absorb the class time as any college level student would.

Ah, I hear the doubters now saying it is too much work for a young child to have to do. Sorry, wrong again. When compared to the nonsense work that kids in high school have to do, it comes out to the same amount of work. The difference is that the college work must be formatted and presented in a more professional and polished manner than the high school work. College students get to take breaks and have a few days to complete assignments. High School kids usually have homework assigned that day and due the next day. I think that is much more pressure to have to deal with. College students also get a syllabus of the entire semesters’ work so that they can schedule their time properly. I very rarely, almost never, see that kind of forethought and planning in a high school situation.

If we had the choice to do it over, we’d both do it again. As a matter of fact, we both say “Thank goodness that we had the guts to do it in the first place.” So, next time you hear about a young child entering college, I hope you remember this article before offering advice or passing judgment. Does it take a lot of work? Yes, it takes the dedication, support and efforts of the entire family. There are bumps along the way, but the entire process can be and has been very rewarding.